A Vote Against Background Checks 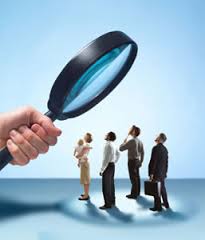 Earlier this year, one state discovered how lawmakers can impact the role and impact of background games.

Colorado senators rejected a plan that would have led to the nation’s first requirement for criminal background checks for people who work with youth sports organizations.

The defeated bill would have been set up to prevent convicted sex offenders from working directly with underage athletes. It also would have kept sex offenders from volunteering on overnight trips with sports clubs outside schools. Many private clubs already require background checks, but there is no requirement.

Several youth soccer organizations told a local TV news station that they have been conducting background checks on their coaches for years.

Some people, even those who supported the bill, wondered about increased costs and the impact the bill would have had on volunteer parents.

Certainly these are fair questions. Yet, we also want to recognize the importance of background checks.

Posted in Background Check, In the News
Tags: