Another Discussion on Background Checks

Background checks remain in the news.

It seems there is always some reason we are reading about background checks. It’s often because of an ongoing debate or discussion. 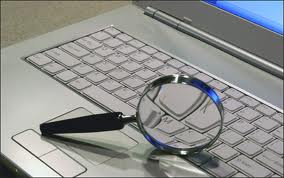 Lawmakers in New Hampshire are taking a good, hard look at background checks. House lawmakers in the granite state will be voting on whether to require background checks for gun sales and transfers. This would apply to people who wish to purchase firearms at gun shows or plan to make a gun purchase after seeing an advertisement somewhere else.

The proposed bill would require most private sellers to conduct background checks through federally licensed dealers. The dealers would be using a system already in place for dealer sales. If the guidelines are not followed and the law is broken, violators could be looking at misdemeanor charges. An exception would be made for non-commercial private sales between people not prohibited by federal law from buying a firearm.

This is where state law comes into play. Dozens of states currently report the names of people judged to be mentally ill to the government. As of now, New Hampshire is not one of those states. The proposed legislation being looked at by lawmakers would only alert a dealer if someone had been reported in another state and, subsequently, was in the background check system.

New Hampshire’s governor wants her state to follow the federal law. Whether that happens remains to be seen.

Still, this issue in one state provides another example of how and why background checks are so important on a local and national level.

Employers often deal with background checks during the hiring process, to ensure a safe work environment.