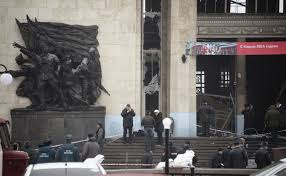 Recent terror attacks and the upcoming Winter Olympics games in Russia are once again bringing the issue of background checks into the news.

Two suicide bombings in a city in southern Russia are causing concern over security and safety at the Winter Olympics in Sochi. The two suicide bombings within 24 hours left at least 31 people dead and served as a terrible reminder of the terror threat Russia faces as the country prepares to host the winter games. The attacks took place about 600 miles from where the games will begin in February.

Russia has implemented sweeping security checks ahead of the games. This includes background checks for all visitors.

The State Department has already put a notice up on its website, notifying spectators that they must obtain a spectator pass in addition to a valid ticket. The State Department’s website says applying for a spectator pass will subject the ticket holder to a background check administered by the Federal Security Service. The website also says that applying for the pass will provide passport details to authorities who will screen visitors and check their identities when they arrive.

Russian officials say there is a security zone set up around Sochi that extends 60 miles along the Black Sea. Officials also say that one month before the Winter Games begin, security will not allow any vehicles to enter from outside the zone.

Other security measure are also being implemented in the wake of the attacks. The Kremlin says Russian President Vladimir Putin has ordered Russia’s counter-terrorism agency to step up security in several areas of the country.

The attacks are a sobering reminder of the world we live in. They also remind us that background checks are, and will continue to be, a way of life in a world where safety and security can never be taken for granted.