Government to Increase Oversight of Background Check Industry in 2016 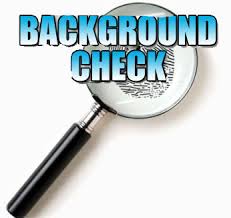 Government oversight of the background check industry is expected to increase in 2016. Federal agencies such as the Consumer Financial Protection Bureau will increase emphasis on accuracy in background checks, especially related to criminal records.

Regulators, legislators, and advocacy groups are concerned about false positives, in which a criminal record is reported without sufficient indicators that the record applies to the subject of the background check. A record might also be reported that has been expunged or set aside. False negatives, in which a criminal record is not reported, are also cause for concern.

The Fair Credit Reporting Act requires background check firms to use reasonable procedures to obtain the best possible accuracy. Companies that fail to take reasonable steps to ensure accuracy can violate the FCRA.

In October 2015, the Consumer Financial Protection Bureau ordered two of the largest background check firms in the United States to pay $13 million for not taking steps to ensure the accuracy of information reported on background checks for prospective employees. The two firms consented to the order but did not admit any wrongdoing.

The focus on improving accuracy also applies to the Federal Bureau of Investigation. The FBI’s database, the National Crime Information Center, often does not have information on criminal convictions. A 2013 report by the National Employment Law Project found that nearly 600,000 of the almost 17 million employment background checks the FBI processed in 2012 contained inaccurate information and about 1.8 million workers were subjected to inaccurate background checks every year.

The National Association of Professional Background Screeners has created the Background Screening Agency Accreditation Program to maintain high standards and accountability. A group of about 200 consumer reporting agencies have adopted the voluntary standards and pledged not to use information from databases unless they have verified that it is accurate, complete, and up to date.