Misleading Background Checks from the FBI 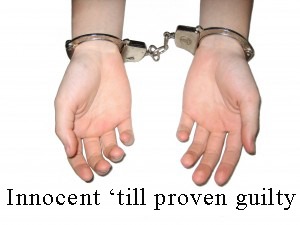 Since 9/11 more and more companies have been requiring extensive background checks as a prerequisite for hire. Sure, no big deal, right? Wrong. Imagine you’re arrested for something completely ridiculous and your quickly proven innocent. You’ve never been charged and your record is clean… right? Wrong again. Turns out misleading background checks from the FBI show arrests even if the person was never convicted. This can send future employers the wrong message.

The facts – The National Employment Law Project released a report saying that 50 percent of all background checks released by the FBI for job applicants include arrests; however, there is no information regarding whether or not that arrest resulted in a conviction. When an employer reads a background check and sees that the applicant was arrested, they automatically assume the person was also convicted. This could spell disaster for the applicant who was never actually convicted of a crime. This is a huge problem since roughly one third of all arrests result in no conviction.

Even more bad news – According to the report this revelation is especially bad for those of African American descent since, historically, those of color are arrested more frequently than others in the surrounding population. Take note that we said arrested and not convicted, meaning those with a clean record may lose out on a job opportunity because their background check is misleading.

As a result of this discovery two things need to happen, first employers need to be aware that the word “arrested,” does not translate to “guilty.” If employers can recognize this and seek out additional information, they will find that many seemingly guilty applicants are in fact innocent. Also, better standards need to be set when companies and groups like the FBI compile background reports. Word to the wise, trust a company that will deliver the most accurate, up to date background checks.