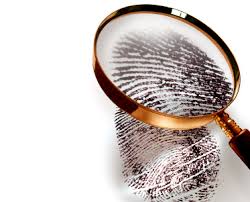 Another school district is taking a long, hard look at background checks. This time, it’s happening in Springfield, Missouri.

A public school works team met earlier this month to look at the costs and potential benefit of conducting fingerprint background checks on longtime employees.

The internal auditor says the checks are necessary to make sure the district is protecting itself from a security risk if one of the employees has a criminal background.

There are currently 1,437 employees that were hired before that date in 2005. Officials say conducting a fingerprint would cost $44.80 per person. That means the total costs of doing the background checks would more than 64,000 total.

District officials have been allowed to respond to the audit. They have agreed to consider the audit and now must make a decision within 60 days. Some officials say a decision will likely be made before the 60 days are up.

The district superintendent request the audit following the abduction and murder of a ten-year-old-girl earlier this year. A man who worked as a substitute and teaching assistant was charged in the crime.

So now school officials are left to determine how important are these background checks and what might be gained by doing a fingerprinting check now.

Prior to 2005, employees were required to go through a “name only” background check. A fingerprint check would help confirm an employee’s identity.

Thorough background checks are important for types of businesses and organizations. They help managers make sure they are making the right hiring decisions. They also help maintain a safe working environment for all involved.