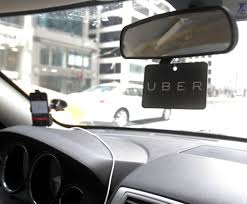 One company began the year by making news about background checks. It’s ending the year in much the same way.

Uber, the online rider-sharing service, once again says it is beefing up background checks for its drivers. This will be done in an effort to improve and increase passenger safety. One company official admits there is room for improvement. He says Uber is developing new ways to screen drivers, including biometric and voice verification. The company will also develop ways for customers to communicate with them immediately in case of emergency.

The article goes on to say that Uber was among the companies that helped defeat a proposed law that would have required drivers to undergo background checks by the state’s Justice Department. Taxi drivers in the state are required to undergo such background checks. The city of Portland, Oregon has sued Uber, saying the company is operating an illegal, unregulated transportation service.

Those are harsh accusations, but they point to how seriously people, organizations and lawmakers take background checks. A comprehensive background check is essential for employers who are screening job candidates.