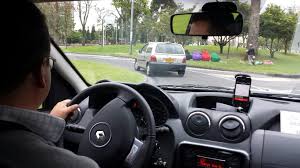 An internal Uber audit found that 53 people who applied to work as drivers for the company and failed background checks obtained chauffeur’s licenses from the city of Austin, Texas. Nineteen of those people were rejected by Uber because of recent convictions for serious crimes, such as felony assault, DWI, and hit and run. It is not clear if the people still have active Austin taxi driver licenses.

Uber said its background checks are conducted by a third party that hires people to visit courthouses and go through criminal records. It did not say if the convictions it found occurred in Texas or in other states. Uber will not share its data with city officials because of rules about third-party data requests and privacy concerns.

The city of Austin currently only requires background checks through the Texas Department of Public Safety for applicants for transportation jobs. It does not conduct national background checks.

Taxi drivers in Austin must undergo a Texas fingerprint check before receiving permits. The city’s rules are currently under review with the goal of creating similar rules for all ground transportation providers.

According to current policies, a person with a prior conviction can work as a taxi driver in Austin if that person’s conduct shows that he or she can stay out of trouble. A City of Austin Transportation Department report recommended that the city update rules for all ground transportation providers to match those of transportation network companies.

Uber and Lyft, another transportation company, are fighting a city resolution that would add fingerprint checks to all background checks. They believe that would stop people from applying to become drivers and would lead to increased wait times for customers.