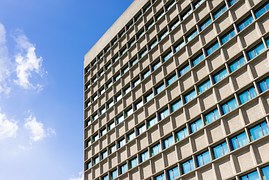 The U.S. Department of Housing and Urban Development has issued new guidance on the use of background checks to evaluate applicants for rental properties. Building managers may now be breaking the law if they automatically refuse to rent to people who have criminal records. According to HUD, such a policy cannot be justified. Many landlords are now confused about how to keep their communities safe while not discriminating against prospective tenants.

HUD’s new guidance says that landlords and property managers should look closely at a person’s criminal record before making a decision not to rent to that individual. Landlords should consider the nature and severity of the crime and the amount of time that has passed since it was committed. They should only make decisions based on objective criteria and should not take factors such as race into account.

The law does not prohibit landlords from taking criminal history into account and excluding some individuals on that basis. The federal Fair Housing Act allows landlords to exclude people convicted of manufacturing or distributing drugs.

The new guidance is a major change from guidelines HUD had previously set for landlords. In the past, HUD told public housing authorities not to rent subsidized apartments to people who did not pass criminal background checks. In the 1990s, HUD had a policy that a person with a single criminal conviction could be rejected as an applicant for an apartment.

HUD reevaluated those guidelines in light of changes that have occurred in the United States in recent decades. According to the U.S. Department of Justice, around 100 million people, or about a third of the U. S. population, have some kind of criminal record.

Advances in technology are making it easier for landlords and building managers to conduct background checks. Many background check companies provide simple “pass” or “fail” results that do not offer landlords the opportunity to make decisions based on specific individual facts. Background check information can be inaccurate, and people often have no way to dispute errors.

Some housing policies could be considered discriminatory against minorities, who are more likely to have criminal records, but who may not pose an actual risk to safety or property. The Fair Housing Act makes it illegal for landlords and building managers to discriminate against specific classes of people, including minorities.

Public housing authorities in New York City, Los Angeles, and New Orleans are updating their resident screening policies to reflect HUD’s new guidance. New Orleans has published a draft of new procedures that explain what types of convictions warrant further review and under what circumstances applicants may be rejected. The housing authority will create a panel that will consider mitigating factors such as employment, volunteer work, and completion of drug rehab.