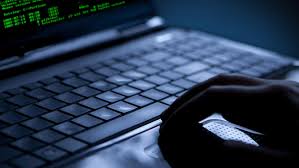 Even background checks can be impacted by hackers. It was announced last week that two U.S. federal agencies have stopped background checks with a contractor after the contractor announced its networks had been breached in a cyber-attack. Apparently, the attack originated in a country outside the U.S. It’s unclear how much government employee information may have been compromised.

US Investigations Services (USIS) is based in Falls Church, Virginia. The company has hired a computer forensics firm to determine how the breech happened and where it originated.

This was all enough for the government to take action, likely in an abundance of caution. The Office of Personnel Management (OPM) and the Department of Homeland Security (DHS) have temporarily suspended their contracts with USIS. The company says it hopes to soon resume normal business practices.

USIS has been in the news the last few months. The contractor performed the background check on Edward Snowden, the man who leaked classified intelligence documents last year. USIS has also been under investigation by the U.S. justice department, accused of taking short cuts during the background check process.