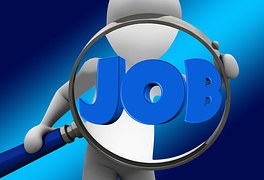 Many states, cities, and counties across the United States have passed laws to “ban the box.” The box in question refers to inquiries commonly found on job applications about whether or not an applicant has ever been convicted of a crime. In areas with ban the box laws, employers may no longer include that question on job applications.

Laws vary from state to state and city to city. Some laws only apply to public government jobs, but others apply to both public and private positions.

The goal is to prevent discrimination against people with criminal records in the hiring process. Supporters of the laws say they allow employers to form an initial impression of an applicant without the candidate’s record influencing the evaluation of his or her qualifications.

In most cases, employers can still conduct background checks on job applicants, but some laws do not allow them to obtain criminal background checks until after the first job interview or until a conditional offer of employment has been made. Some laws require employers to give additional notices to applicants and to give applicants the right to appeal a decision.

An employer may still decide not to hire someone based on a criminal record, but some laws only allow that if the conviction would directly affect the person’s ability to do the job. Some laws require employers to evaluate applicants with criminal records on a case-by-case basis, rather than rejecting all applicants with a record.

Data Check closely monitors laws related to background checks in all states, cities, and counties to help employers make sure they are in compliance. If you are planning to hire a new employee, we can conduct a background check at the appropriate time according to the laws in your area. Contact us today for more information.